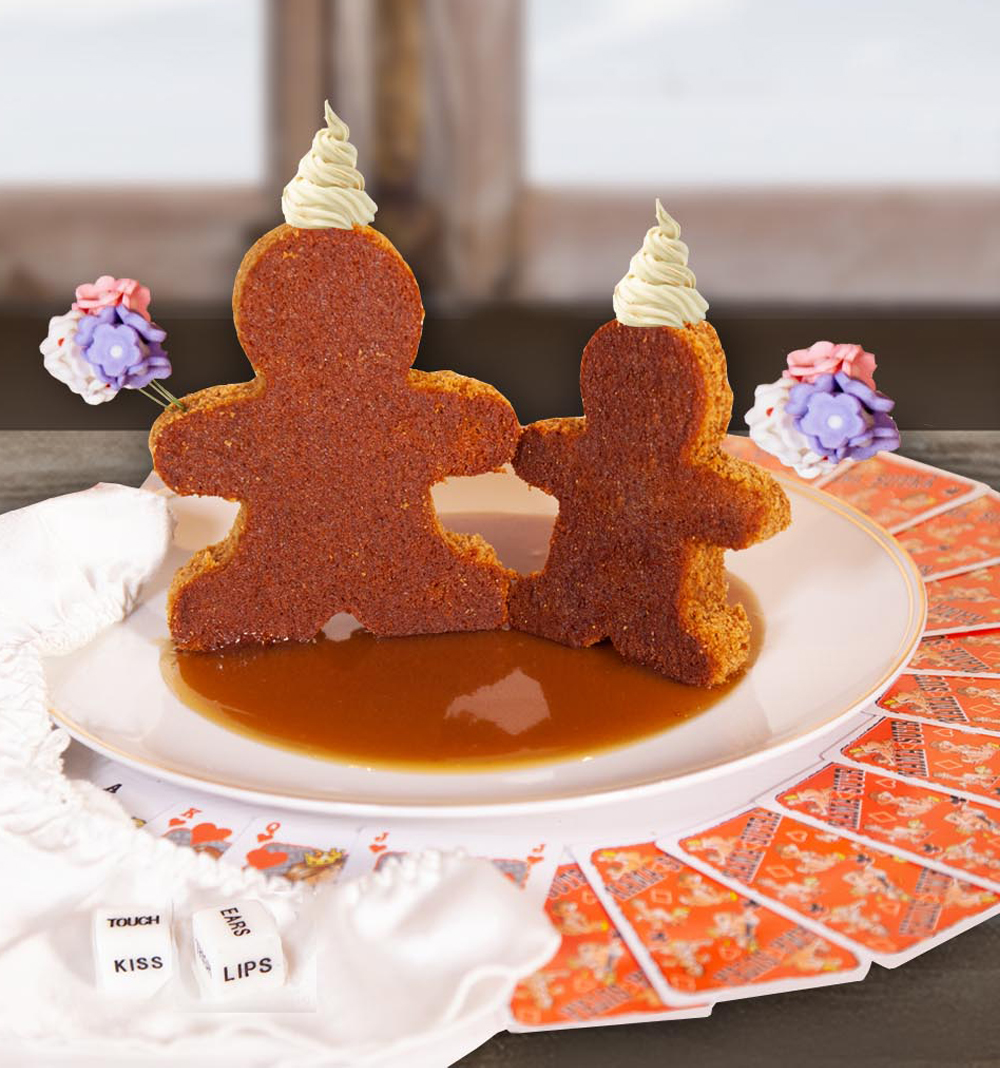 Wanda, who designs for a chic fashion house had the privilege of representing her studio at the Paris fashion week.

There she had met Lily, a much accomplished and beautiful designer. She had sent a glamour photo (!) to Roqué at home.

‘How dare she’ he said out loud. A ménage à trois was always a fantasy…and he was thousands of miles away – patience Roqué.

Lily lived on Vancouver Island in Canada on the Pacific Coast. Roqué and Wanda were invited to her home to meet her family.

Lily’s Grandma was a feisty lady who made the best traditional Canadian ginger cake in the world which she served with a Captain Morgan Black Spiced Rum and caramel sauce. She cut into both appropriate shapes and inappropriate shapes!

During their short stay they explored the colourful harbour together; the glorious English style gardens and enjoyed exotic nights with Lily around the Old City bars and restaurants.

They left with such good memories of Vancouver Island, ginger cake and the gorgeously sexy Lily…Lily remembered good girls and naughty boys…

Get on with it…

In a separate bowl mix together 4 beaten eggs & 4 tbsp milk & then add in as well. Beat the whole lot together until smooth. Line a 24 x 30cm baking tin with parchment & pour the ginger delight in. Bake for 40-45 minutes until cooked through. Turn out after 10 minutes to cool.

Now for the caramel sauce & if you have any left over (unlikely!) it will keep in a jar in the fridge for 2 weeks. Put a non stick pan over a high heat with 80ml water & 250g golden caster sugar & boil for 3-4 minutes until golden brown.

Take off the heat & stir in 120ml double cream & 1tsp vanilla extract. Finally whisk in 25g butter, a good pinch of salt & best of all 1 tbsp spiced rum then leave to cool. Time for a game of sexy dice.

The scent of vanilla is a powerful mood-enhancer and believed to increase lust, but when consumed, it aids the central nervous system leading to heightened sexual stimulation.

Vanilla is a natural aphrodisiac that all at once induces euphoria and relaxation. Even scraping the seeds from the pod is a sensuous adventure.