You are here: Home / Blog / Breakfast in Bed with a Love Poem

Roqué went downstairs wearing only his boxers and a tee-shirt inscribed ‘You can butter me up and you CAN have me for breakfast’. 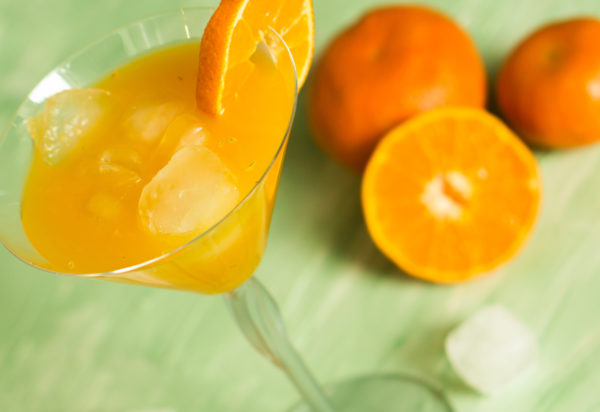 First a Breakfast Martini. Roqué half filled a cocktail shaker with crushed ice and the zest of one orange, then he added a dessertspoon of shredless marmalade, a good slug of Grand Marnier, the juice from one orange and a splash of Prosecco.
Shaken and sieved into cheeky Martini glasses – a perfect seduction he thought.

Next he prepared a simple bowl of fresh sliced strawberries, raspberries, banana and mango, slathered in thick and creamy Greek yogurt and drizzled with 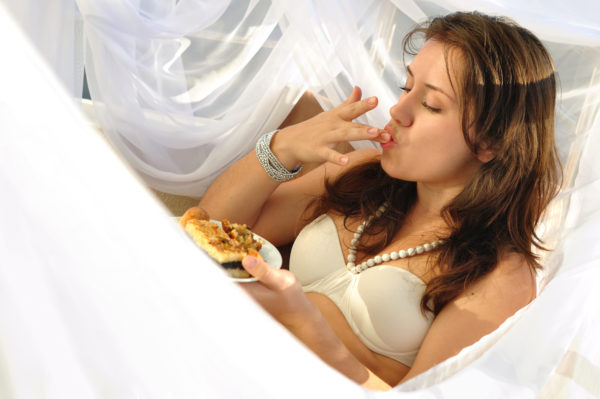 Epimedium Macon honey known as ‘the honey for sex’ – as would Wanda be a little later on as Roqué found its so sexy licking it off.

A few fresh daffodils were taken from the kitchen table vase to the tray to bring sunshine to their breakfast. His finale was fresh New York bagels, toasted and filled with Fish for Thought smoked salmon, avocado, cream cheese and red onion.

Meanwhile Wanda had slipped out of her PJ’s and slipped into a crisp white flouncy Marie jo Avero bra and a white thong and hid under the covers – waiting.

Roqué arrived, knelt by her bedside and kissed her awake – or so he thought! They sipped the Martini’s, shared the dishes and then Roqué said “after last night my darling, I have written you a poem”. Slowly he read it to her – as the sun rose, and the sea crashed on the breakers and the bed rocked. Roqué became her poet laureate – a love poem to Wanda…and here it is.

I wandered from the bedroom, the taste of lust on my lips
She had moaned and writhed as I played with her naked hips
She came like a thundering freight train speeding through the night
I came along with her; our timing was just – so right.

But now it was time for a shower, before returning to her
She was loving the domination and shouted “come back sir”
I told her that she must be patient, I was in control tonight
And I played out my part with intention to dominate her just right 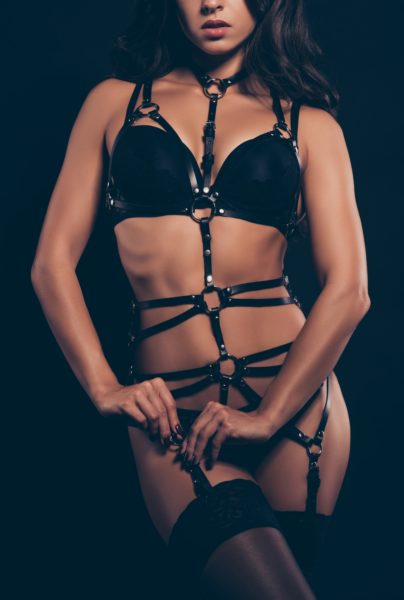 She had dressed in black stockings, a thong pulled tight to her nest
I had her tied up right now from her ankles to her glorious chest
I knew just what she wanted from sex, the satisfaction to kindle the fire
We loved and played and she was the maid in my fantasy – she is all I desire

She whispered words so submissive, so sexy and so divine
I was so proud to have her stretched out on this sexy bed of mine
She came once again and in sequence, her body arched in joy
“Give it to me darling” she said I want YOU again – not a toy!